The Distinctiveness of Biblical Law in the Ancient Near East

September 07, 2019
Ultimately, the one thing which distinguishes Biblical laws from other laws is the fact that they are commanded by God, not by man. This transcendence is the only characteristic that ultimately matters when it comes to law. Laws made by mere men are, by definition, not transcendent. 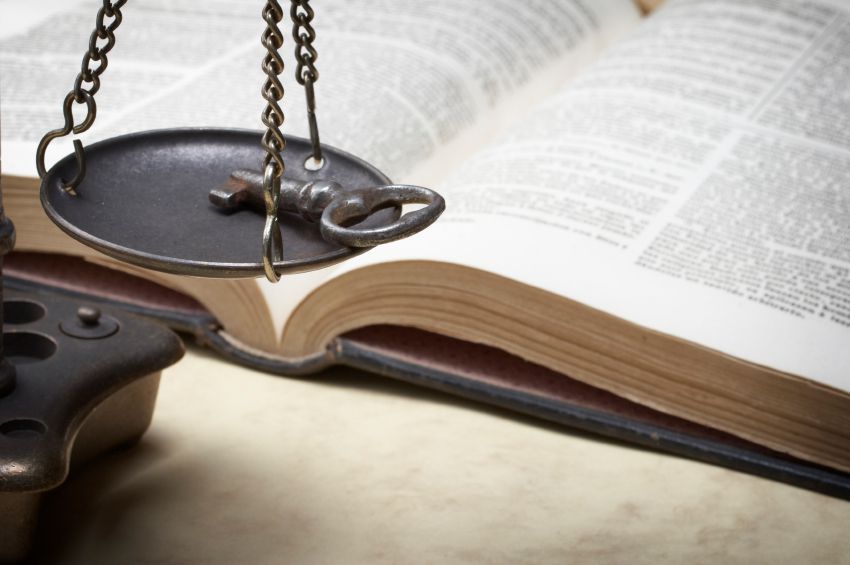 However, you will find some people claiming that Biblical law is not transcendent. They will speculate that Old Testament civil laws were derived from pre-existing laws, which existed in the heathen cultures surrounding the Israelite nation. Fortunately, these claims are easy to disprove, simply by comparing the laws themselves. It should not surprise us that God's laws will have characteristics which make them stand out from pagan laws. Moses spoke on God's behalf:

6 "... this is your wisdom and your understanding in the sight of the peoples, who shall hear all these statutes, and say, 'Surely this great nation is a wise and understanding people.' ... 8 What great nation is there, that has statutes and ordinances so righteous as all this law, which I set before you this day?" (Deut. 4:6,8)


The following eleven points distinguish Biblical law from other contemporary (ancient Near East) law systems, such as the Code of Hammurabi. In fact, many of them still distinguish Biblical law from modern law systems. There are more distinctives than these, but these are the most interesting for the purpose of this survey. These are also essentially unchallengeable when you examine the comparative evidence.

1. Creates the strongest possible formulation of the 'rule of law': Deut. 4:2. No law system, ancient or modern, can match the strength of Biblical rule of law. In fact, man's desire to use changeable law as an instrument for his own ends is one reason why Biblical law is rejected, even by Christians.

2. Subordinates the human king to the law (Deut. 17:18-20). The king was no longer the source of law, because God was the only true king. [This was "unique in the ancient Near East." (Ska, Biblical Law and the Origins of Democracy' in The Ten Commandments: The Reciprocity of Faithfulness, 148)]

3. Uses motive clauses to teach the intent and presuppositions behind the law.

4. Opposes social class distinctions, which are integral to ancient pagan law systems. ["The concern manifest in cuneiform law is on the fixing of the status of the victim in certain categories and how that status affects the punishment. .... Lex talionis in biblical law restricts the punishment to the offender himself. Lex talonis makes rich and poor equal in biblical law. More than that, status, with the exception of the slave, is simply not a factor in biblical law." (Barmash, Homicide in the Biblical World, p. 175)]

5. Protects slaves against injury by their masters (Exod. 21:20-21). Requires the manumission of all debt-slaves (Exod. 21:2), and the harbouring/protection of runaway slaves (Deut. 23:15-16). ["No other ancient Near Eastern law has been found that holds a master to account for the treatment of his own slaves (as distinct from injury done to the slave of another master), and the otherwise universal law regarding runaway slaves was that they must be sent back, with severe penalties for those who failed to comply." (Wright, Old Testament Ethics for the People of God, p. 292)]

7. No use of the judicial "ordeal", which is characteristic of many other contemporary legal systems. [A judicial ordeal is an attempt to force a judgement by God (or gods, in the case of polytheists), usually requiring a person to do something that would normally injure them.]

8. Disallows the death penalty and bodily mutilation for mere property crimes. Biblical law recognises that the dignity of life far surpasses any considerations of property. ["In Babylonian law, offenses against property were often punished by death.... In Biblical law, however, an offense against property is never punished by death." (Sonsino, "Characteristics of Biblical Law", p. 206)]

9. Publicises the law, keeping it simple, so that every person can know it and follow it. ["In ancient Mesopotamia, the law was directed primarily to the intelligentsia, that is, to priests, scribes, students....For Biblical law, however, publicity was central. The teaching was revealed, not to a few individuals alone but to the entire people of Israel." (Sonsino, "Characteristics of Biblical Law", p. 206)]

10. Prohibits civil government interference (such as price-fixing) with voluntary economic exchange. ["The contrast between biblical and Mesopotamian legal corpora is underscored even further by the almost total absence in the former of normative rules, that is, formulations of the proper procedures governing commerce and economic life in general." (Finkelstein, "The Ox that Gored", p. 42)]

11. Establishes Cities of Refuge to eliminate blood-feuds and personal vengeance: Num. 35:6-34; Deut. 19:1-13. These were havens of protection, established to protect innocent people from being killed by people acting outside the judicial procedures required by Biblical law. ["[Cities of refuge] are a unique institution, not found anywhere in ancient sources outside of the Bible." (Westbrook, Everyday Law in Biblical Israel, p. 75)]

We implore all visitors to take a moment and read the Gospel message.

Popular posts from this blog

August 04, 2019
The argument I’m going to contend here isn’t a new one, but it’s important enough to be restated and recirculated.

I suspect, whether rightly or wrongly, that most of my readers are quite young ─ but I’m sure that some of my readers are just old enough to remember when the initialism was simply LGB. Indeed, even the 'LGBTQ Pride Month' (that we are all too familiar with today) was once called 'Gay and Lesbian Pride Month', back when it was first established by Bill Clinton in June 1999. From a Biblical and Christian perspective, the LGB movement was undoubtedly misguided but at least it was conceptually coherent. Even if you disagreed with LGB advocates, you certainly understood what exactly you were disagreeing with. It's not entirely clear when the T became a permanent addition (this Google Ngram suggests the mid-90s) but, whenever it was, that was the point the abbreviation became an unstable compound.

The Enduring Relevance of Biblical Law

March 13, 2020
HISTORY, CONTINUITY, AND RELEVANCE In the ninth century AD, King Alfred the Great began to codify English law with the Ten Commandments. In 1540 AD, King Henry VIII established seven cities of refuge based upon the biblical model of Numbers 27:1-11. The Puritan settlers of New England self-consciously planned their commonwealth after the pattern of biblical law, as can be seen from the Order of General Court of Massachusetts 1636 and the General Lawes of Plymouth Colony 1658. [1] English canon law was so substantially drawn from biblical law that, in reference to biblical regulations regarding inheritance and English inheritance law, the 19th century jurist, Sir Frederick Pollock, said of Numbers 27:1-11 that it was "the earliest recorded case which is still of authority." [2] When the civil government of Israel was first established, God addressed the seventy elders of the people and poured out his Spirit upon them ─ the first 'Pentecost' was a civic event, at the o…
Post a Comment
Read more